You may think with the County hurling final taking place on Saturday 30th, that im going to start to compare Kiltale hurlers past and present, in my post today.

Not a chance of that happening, i am after all part of the Kildalkey backroom team.
Anyway the Greatest sportsman ever to hail from Kiltale was not a hurler, he was a long distance runner by the name of Des Mcgann.
Des was an outstanding athlete, he was a member of the Civil Service athletic club
Des was coached by the legendary Frank Duffy.
Des won national titles over various distances on the road.
He ran country, track and road for his club and he represented Ireland at the World cross- country on several occasions.
But it was on the road, over the marathon distance where Des Mcgann would represent Ireland at the 1972 Olympic games in Munich.
One of the proudest moments of his life.
Representing Ireland in the 1970’s at the Olympics was very different then it is today.
There were no athlete grants back then and the athlete had to do his own fund raising to pay for the trip to the games.
Ireland was not a wealthy nation in the 70’s but the good people of Kiltale and the neighbouring parishes came together to help raise money for Des through collections and dances to help send him on his way to Munich.
The games of 1972 will be always remembered,not for the sport but for the terrorist, hostage taking of several Israeli athletes by the Palestine group Black September.
In a botched shootout on a Munich runway 17 people including 5 terrorists were killed.
The games were suspended for 2 days and although several nations pulled out the games went ahead under a screen of tight security.
It most of been a real worrying time for Des but can you imagine how worried his wife Mary would be back home in Kiltale.There was no internet, mobile phones back then.
Times for the marathon were well down in Munich, im sure athletes just wanted to complete their event and go home, after all Des was away for 6 weeks in West Germany.
Des raced at the highest level for a futher 10 years after Munich, it was a golden era for Irish athletics, Tracy and Coughlan were to win cross country and track World championships during these golden years.
Des was involved in a car crash and as a result could not run for several years in the 80’s but he recovered and began racing again soon after. He still runs or cycles everyday, he is 72 years old, he simply floats along the road .
He is a regular supporter/ spectator at Meath
Cross-country and road races he always gives great encouragement to athletes especially to The Kiltale ladies, who are brilliantly coached by Fiona and Pat Diskin
(Fiona is Des daughter , she was also a very talented athlete and won several races over road and country in the 1990’s) she had a very similar running style to her fathers.
Before i sign off i almost forgot to mention Des Mcgann ran 2hours 16 minutes 16 secs in qualifing for Munich.
That makes him the fastest Meath man to have ever ran the distance.
I look forward to meeting him in Navan after the final tomorrow. No doubt Win or lose we will talk briefly about the match before we get down to more serious matters, athletics and he will always ask me how far did you run today.

Wishing you contnued good health in the future
Des Mcgann

Your Friend in Athletics
Joe brady 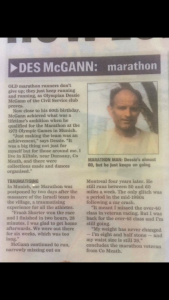 Any athlete who is reasonably fit and healthy will most likely be able to run 5km or even 10km without great difficulty. However there are few amongst us who without several weeks/ months of training would complete the 42km marathon distance.

Yes people do stand on the startline of the classic distance with little or no preparation and amazingly somehow even manage to complete the distance.
I guarantee you they certainly didnt enjoy the experience and most of them never run any race of any distance ever again.
Marathon preparation involves several months of carefully planned daily training and running several races in the build up to the main event.
You will always experience highs and lows during the marathon but i feel it is important to be in full control as you run the final few miles of the course. Unless your an elite athlete you wont be Sprinting the last mile but if you have done your homework and got the pace right you will be most likely tired,but still in full control.
If you have missed weeks of training due to illness or injury i strongly advise you to consider giving this years race a miss .
There will be other marathons., dont take any risks with your health.
If you have an injury leading up to the race date i would strongly advise an athlete not to run.
You simply need to be in peak condition to run the classic distance, you dont want to help cause further serious injury.
If you have any niggles get them sorted out now.
One of the best marathon runners in our County
Paddy Mangan from Dunshauglin always got it right on race day and finished the race as strong at the finish as he was at the start.
P.s
I dont believe he ever ran over 2 hours 30 mins in any marathon. A real legend. 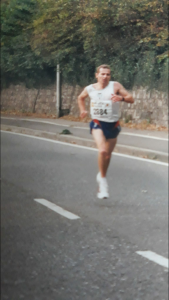 I always loved this time of year, late autumn, just before the onset of Winter. The trees are in their Autumn glory, the ground is getting softer, just perfect for the start of the cross- country season.

If you have never ran a cross- country race, you are really missing out on a wonderful experience. To me cross- country running was always the highlight of the athletic calendar
I simply loved the challenge of racing on hilly muddy courses all over Britain and in the latter years back home in Ireland.
Cross- country running is more about the team rather then the individual, it is more about the position you finish in, its not all about your time, a refreshing change from the track and road.
The season starts in late September, finishing in March.The season is made up with County, Provincal and National Championships.
We have several athletic clubs in our County who take part in cross- country races all over the Country.
Athletic clubs like Trim, Dunshaughlin, Bohermeen, St Bridgets
Fr Murphys, Na Fianna, Navan to name but a few.
If your not a club member maybe now is the time to join a club, I can guarantee you will be made feel most welcome and you will definitley enjoy training and competing with new club mates.
A season of cross- country racing will really make your legs and core stronger, making racing on the road next Spring seem so much easier.
Go on give it a go you will love it. 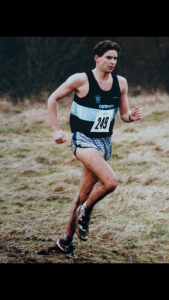